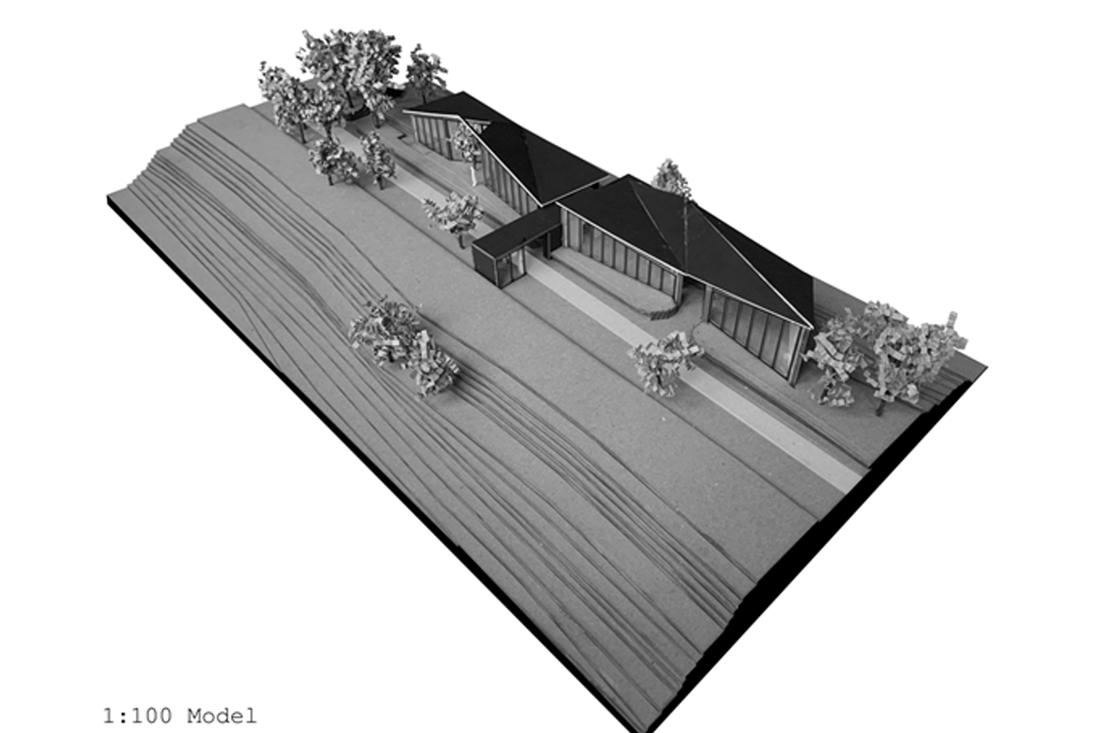 The old Holburn station, is located just East of Holburn Street and features a secondary public access route leading directly down to Holburn Street. With this site came complications with integrating a public building into an area with an already complicated circulation. The incubator is built into the platform to allow the structure to be at the same level as the Deeside path, creating a continuous link between the two, while also allowing an accessible entrance for wheelchair users without the use of ramps. Floor to ceiling glazing is present all along the front façade of the incubator to allow maximum natural light to enter the building. The placement of the incubator being perpendicular to the folie has the purpose to draw users in as they pass, using the folie as a gateway.
- Steven Rae 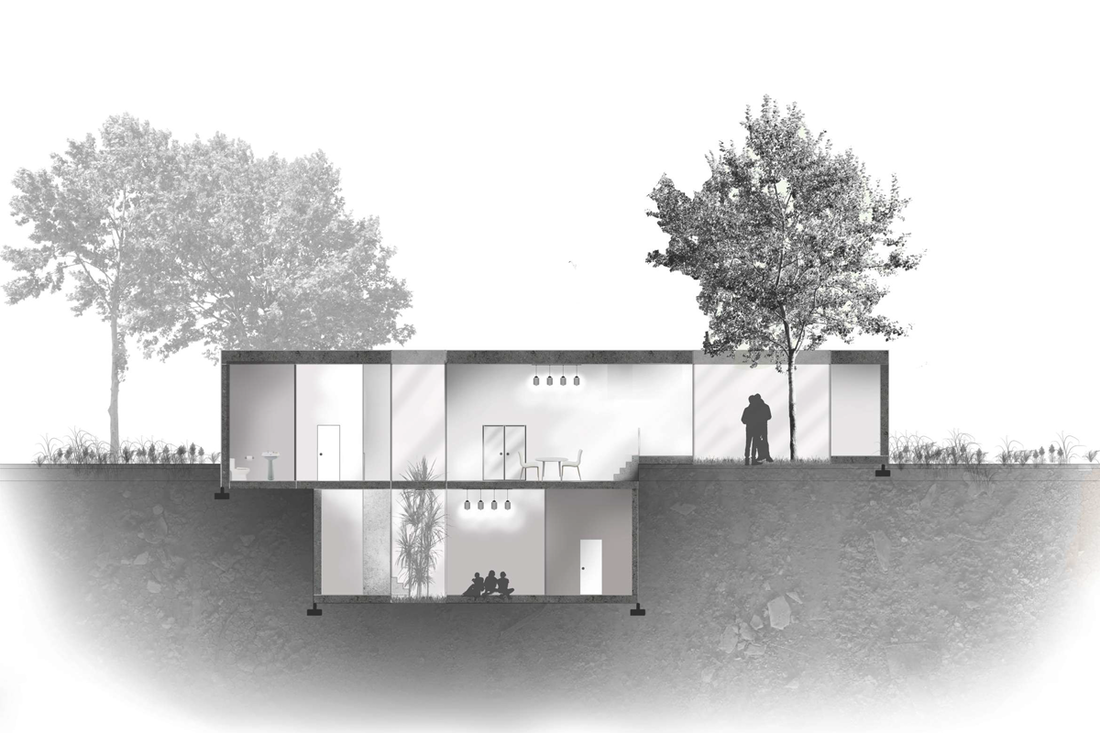 The form of the building appears to flow around any existing obstacles; on the exterior, the buildings rectangular façade is broken when within close proximity to the trees, creating a more irregular design. On the interior, a large glass atrium has been built around another tree. It is clear that the architect has aimed to work with the nature of the site rather than obstruct it. Furthermore, where part of the existing platform has been cut, allowing space for a new foundation, aluminium cladding has been used on the front facades to reflect the opposing platform. An illusion has been created to mimic the platform from one side to another
- Caitlin Gray 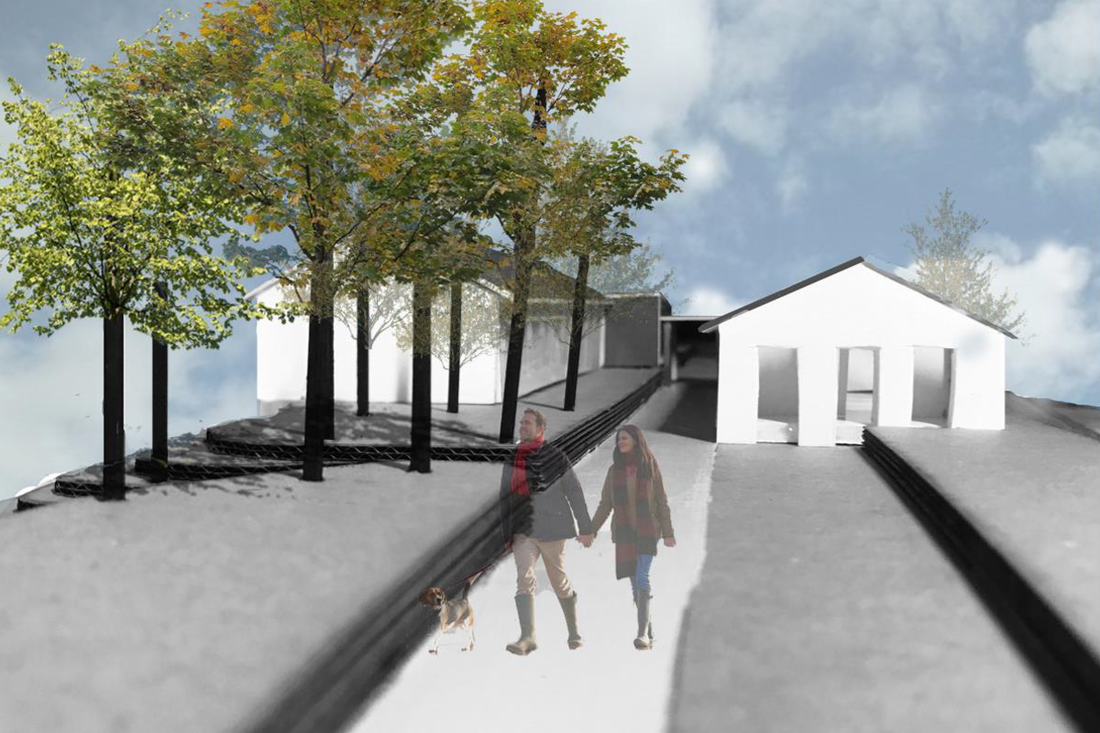 ‘A monuments persistence or permanence is a result of its capacity to constitute the city, its history and art, it being and memory’ – (Aldo Rossi). Drawing from structural features of the former Holburn Street Station, I aimed to provide a modern solution which bridged the North and South communities, divided by the former Deeside Railway line. Using simple geometric volumes and a symmetrical composition, the design echoes the path along which it is situated.  The main façade is composed in a contrasting sequence of stark columns, influenced by the notable Chiswick Cafe precedent.
- Kirsty McNeill 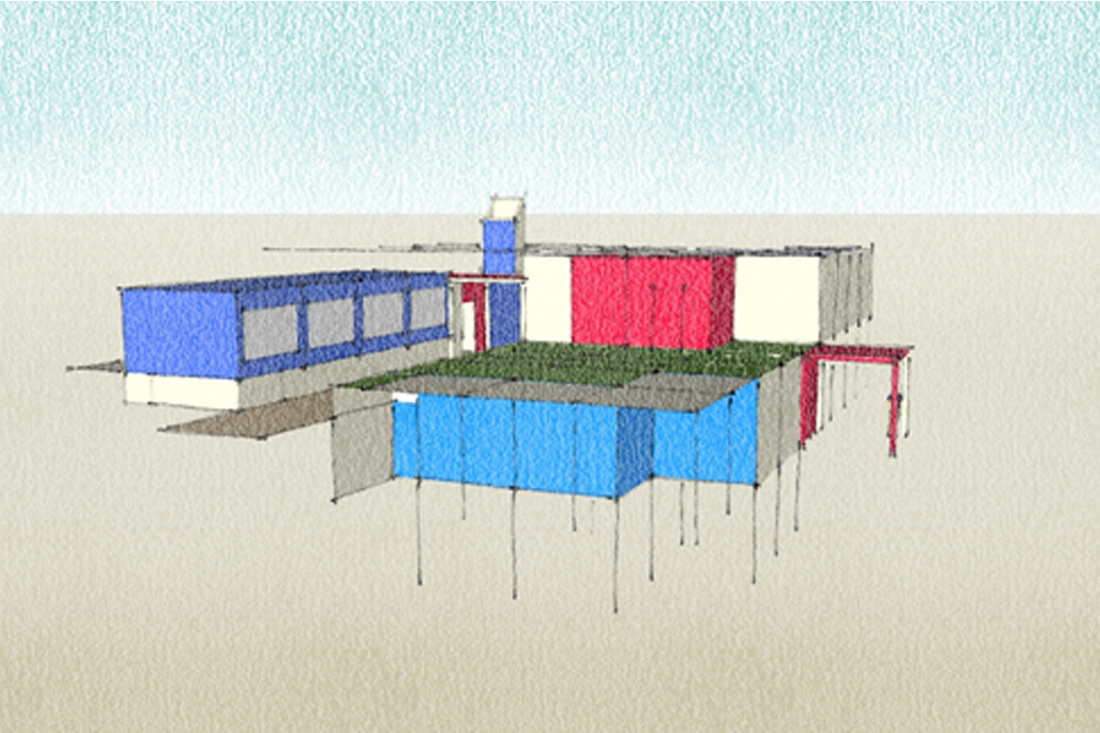 The architectural composition is a linear organisation
The site is the communal space
Circulation routes at all corners of the site
What a beautiful caterpillar form!