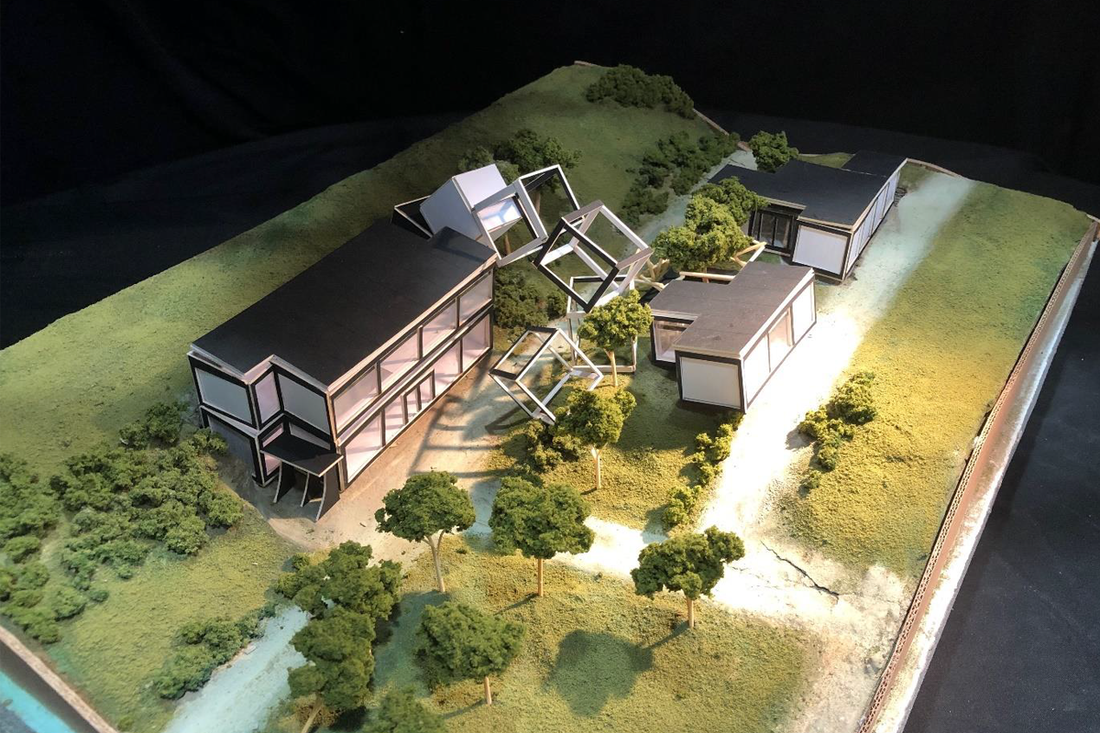 ​Tetris in Green - In my design, I tend to create the ‘Tetris” in the green surrounding within part of Deeside Path. I think the modern architectural colour, black and white in the green environment is nice in visual experience. I try to show and integrate the foilio into the surrounding building which give the greatest visual for people. Square in shape of those three main which I try to enhance the functional usage of each building instead.
- Sunny Suen Yat Ching 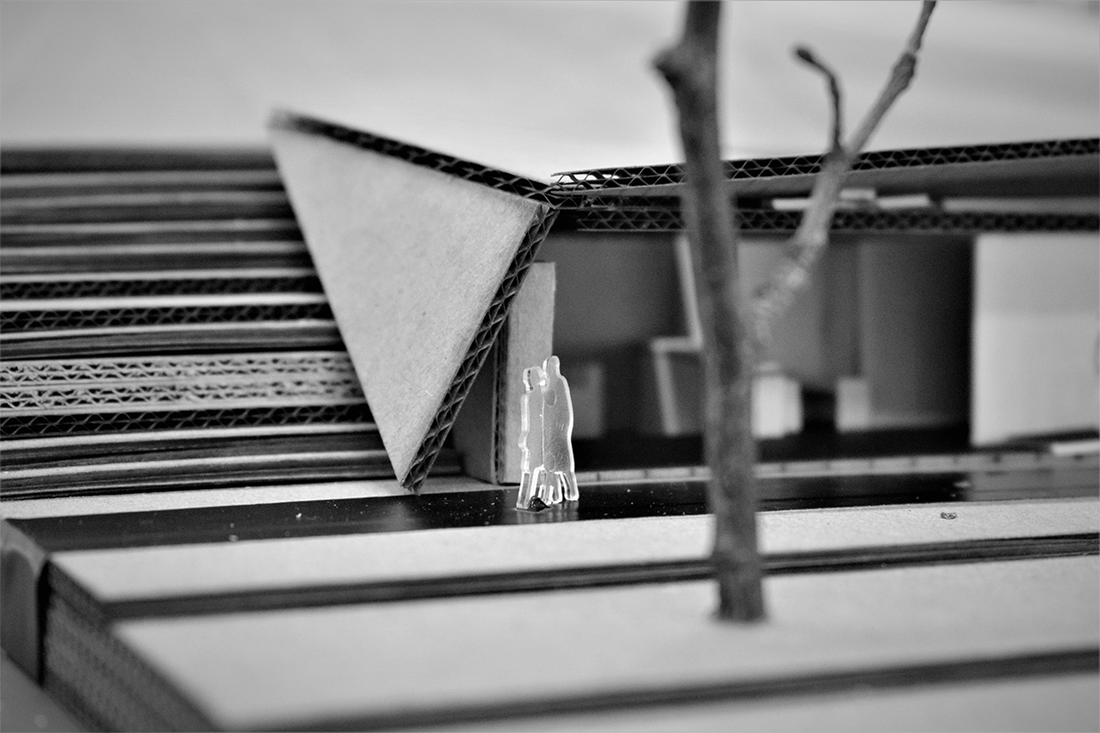 The structure wrapping around the main building reflects the geometry of the site while indicating the entrance placed under the lifted part, bearing a likeness to a park shelter
- Karolina Przynarowska 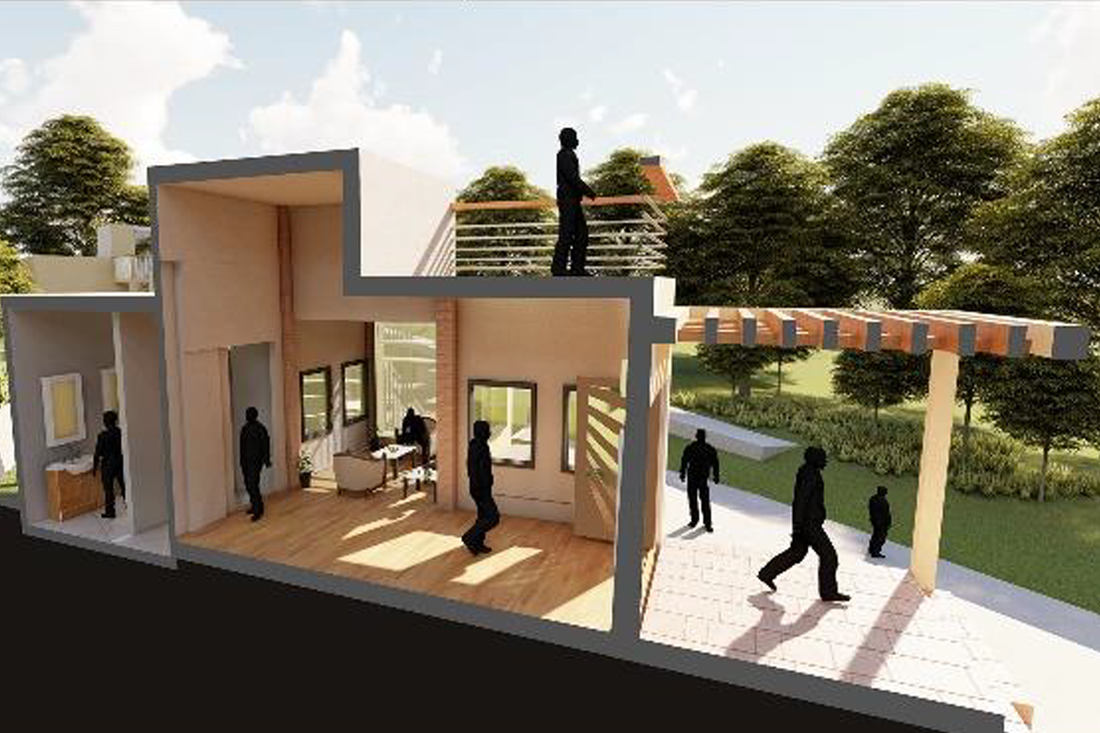 The original concept of the incubator is the idea of stacking and playing around with different heights within a defined module. The project has now developed as a complex that is more organic and fluid in its arrangements. It still generally follows the 3 x 3 rule and employs the concept of stacking and levels, but it also includes dynamic landscape features and a different orientation of the modules. This makes the complex less rigid and more organic. This makes all elements of the complex to coalesce into each other and into the topography itself, making the complex more context-contingent.
- Ahmed Ali 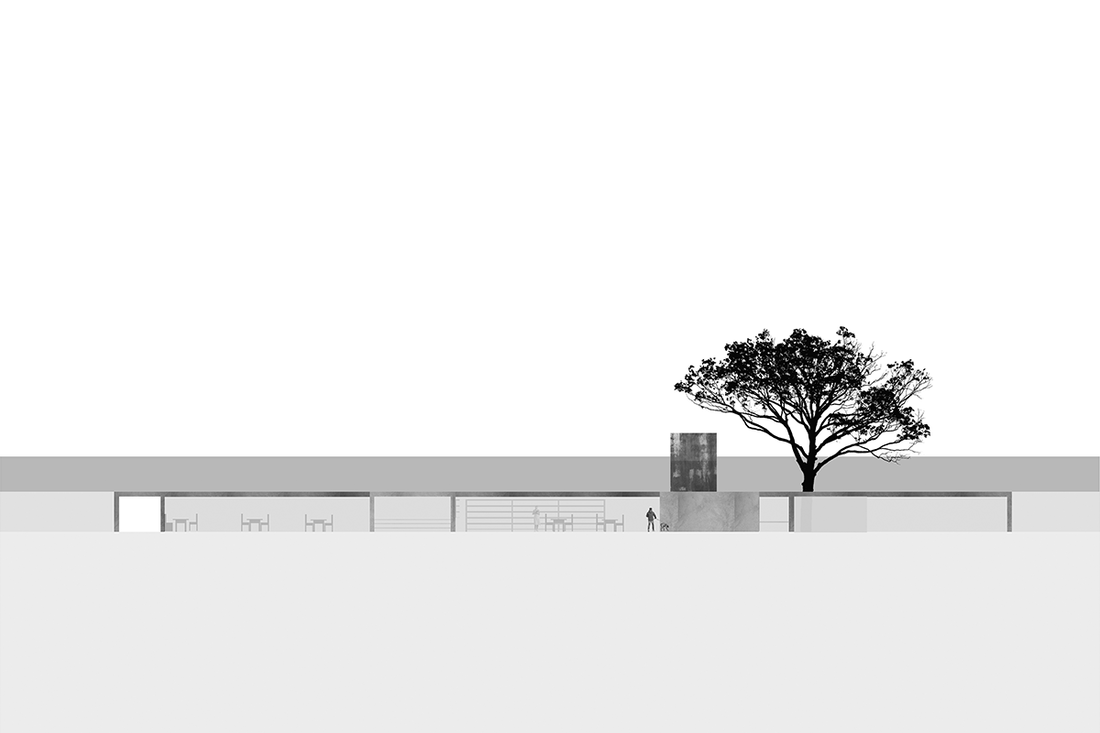 The Deeside way acts as a divide between two areas of Aberdeen. The railway encourages social interaction as a cycling a walking path. However it contradicts the social use by dividing the communities o either side of it. The purpose of the folly and incubator is to encourage interaction between the two communities. The folly forms an arch away from the slope. This creates the impression that the cubes are rejected by the land. This creates a contrast between materiality and the relationship of the landscape. The building is immersed into the landscape and shows the materiality is accepted by the land. The aim of this was to create a contrast between the Folly and the Incubator.
- Kate Pittendreigh