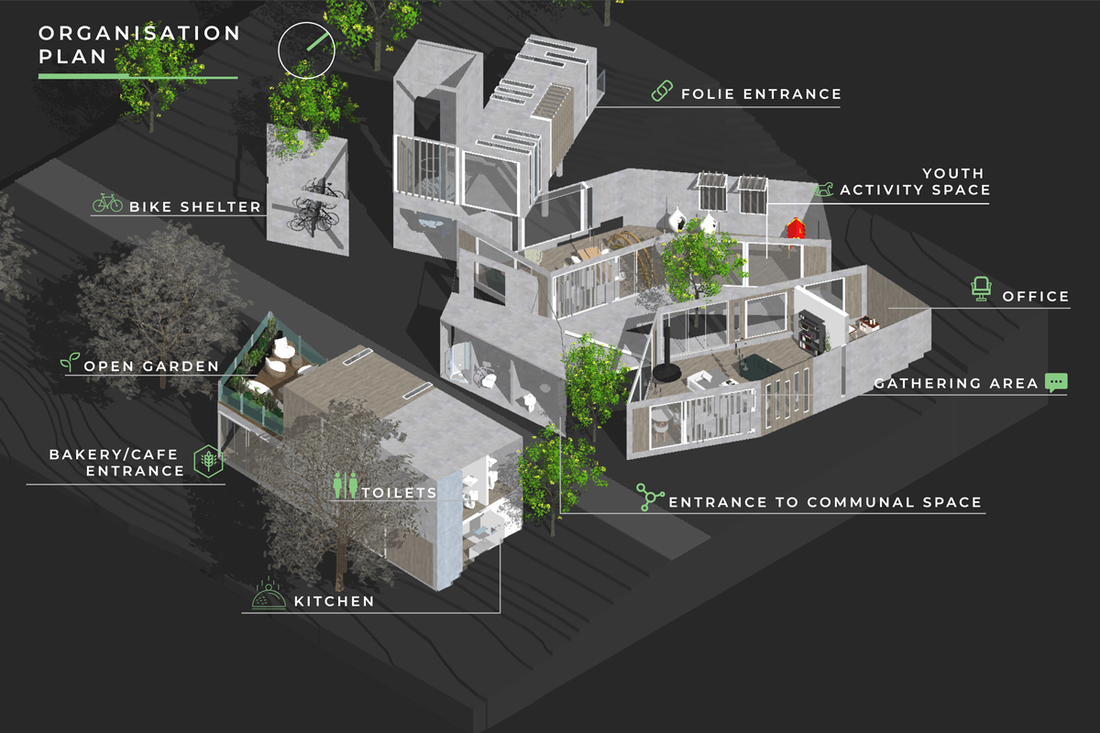 "DE/CONSTRUCTED CHAOS" - The project is situated at Deeside Gardens, and is a fuse between contrast and extravagance of the site’s natural characteristics with the pivot point of synthesizing the connection between verticality and horizontality, as well as the mixture between functionality and aesthetical beauty. The buildings where young and elder people have their activities is situated on the idea of having a bond between the two generations in a more isolated architectural approach resulting in tranquillity with an open-space garden with a patio, recreating the cycle of life – starting from kids to evolving into elders, with the both buildings revolving lungs in their design sense which represents the engine of life.
- Mert Mehmed 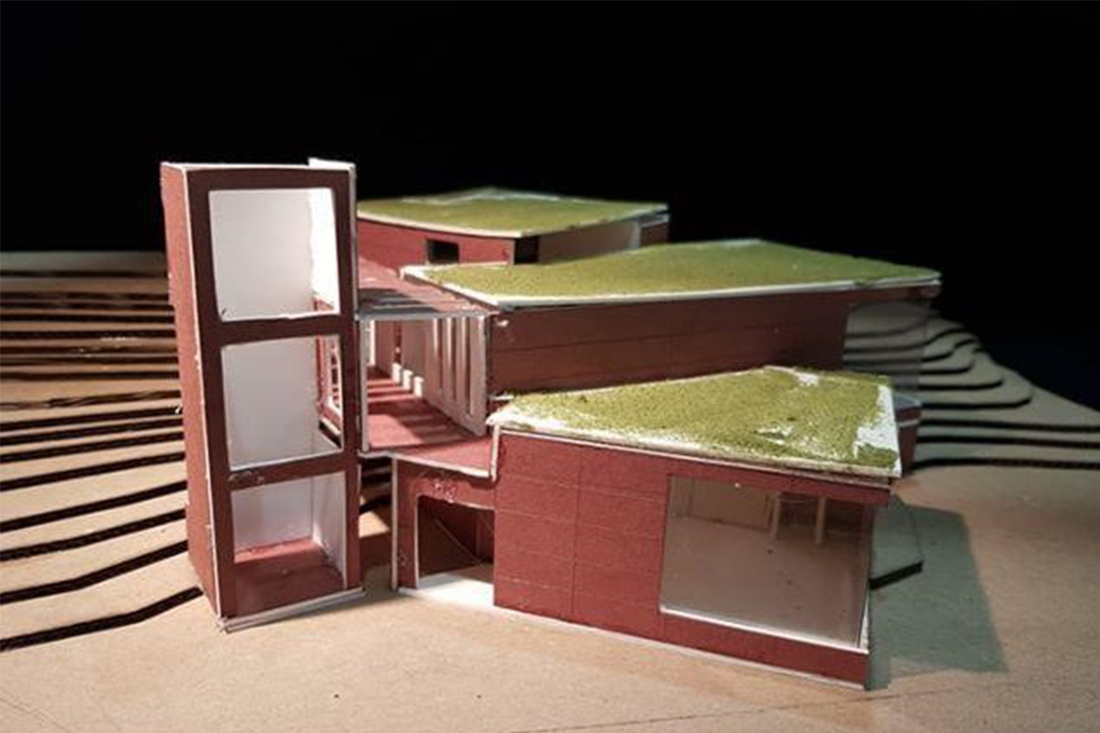 For my project I wanted to use the landscape to my advantage by following site contours and using them to provide the layout of my incubator. I would follow the gradient of the slope and climb it using a stepped design that would be open planned across three separate blocks. These blocks would be orientated at an angle so that they would be in harmony with the contours. I would clad the building in corten steel so it would match with the folie as they were to be connected to each other.
- Jonathan Doig 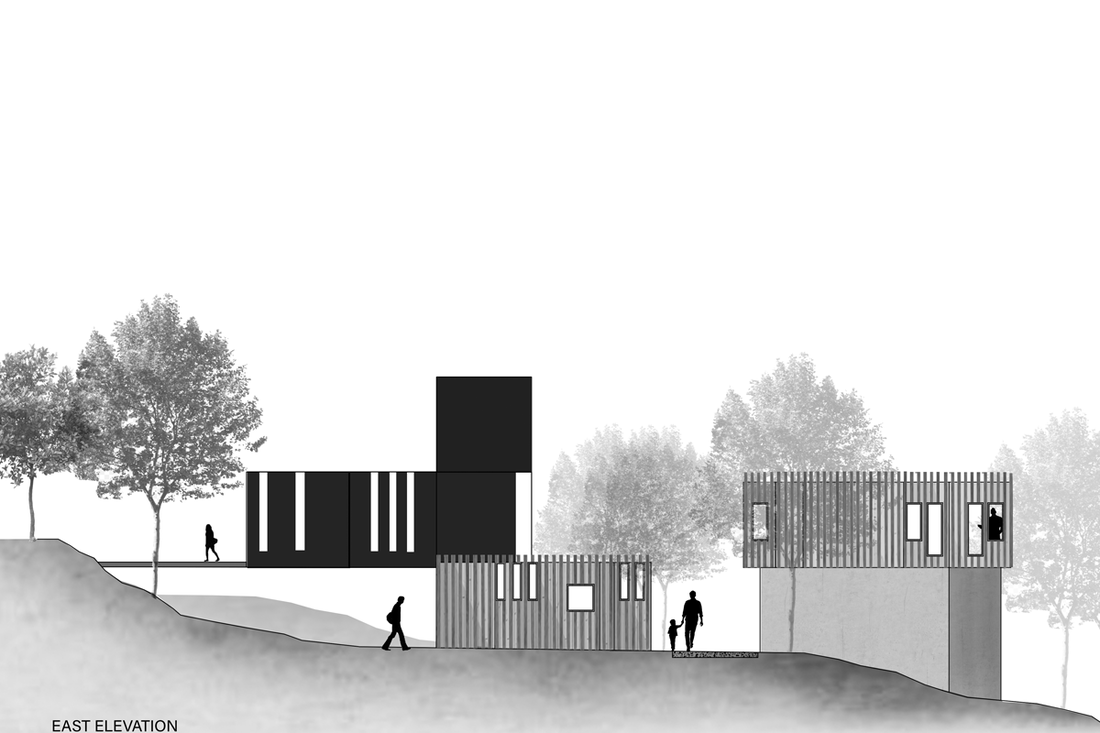 The brief of this project was to connect the two sides of ABERDEEN, split with what used to be a railway, which now has been developed into a path. The site allocated was the Deeside Gardens.Accompanying the design of the incubator is a contextual intervention of a ‘folie’ integrated into the landscape in proximity to existing public circulation, leading to the surrounding districts of Aberdeen. Following the form of the folie having cutouts from its geometric form creating so too does the incubator. With the cutout concept, this creates unusual light formations.
- Melanie Golshan 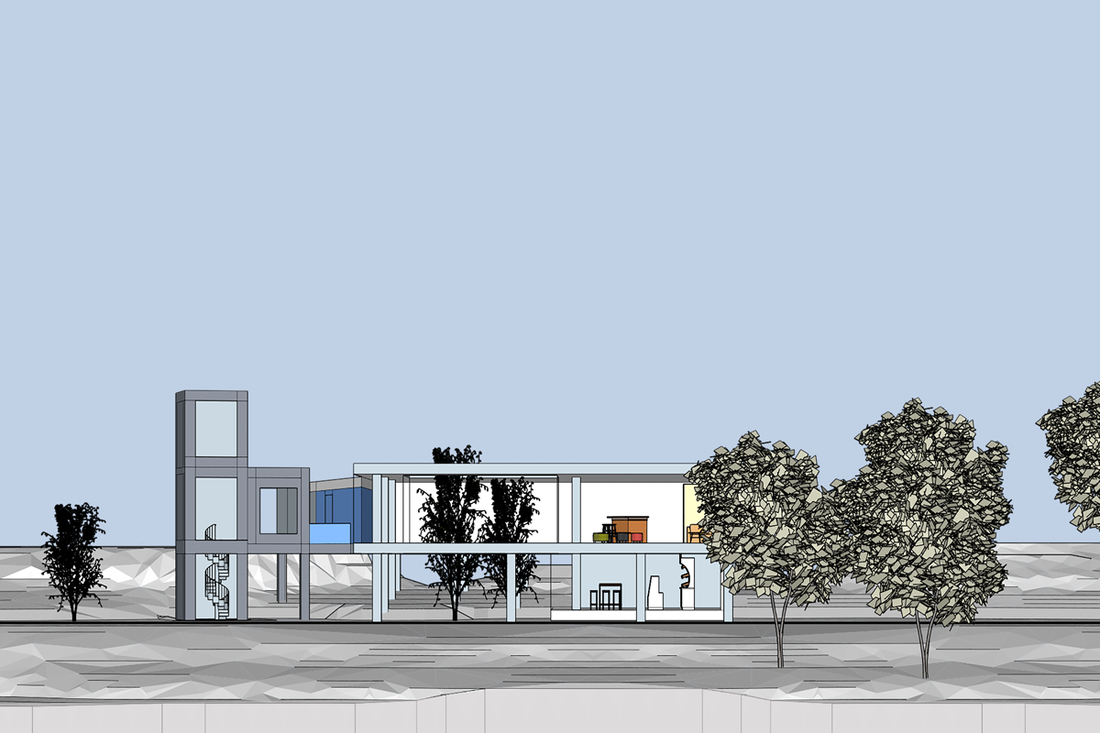 The design of the group folie was defined by the terrain shape. Two slopes located on the site inspired us to implement a vertical movement into the folie. Following the concept of the group folie, the incubator design adapts to the site rather than the site is being adapted to the incubator. The building consists of two platforms being raised on columns. It can be directly entered from the upper slope as well as from the main Deeside way path through the folie. The interior of the building has a simple rectangular shape and was organised around two trees that grow on the site, just by the path. The trees are the central, focus point of the incubator. Moreover, the interior itself represents a lack of barriers as there is barely no walls. The function of the space is set out by a direct usage of visitors and can be easily adapted to their needs thanks to the folding walls, moveable partitions and furniture units.
- Maria Wota