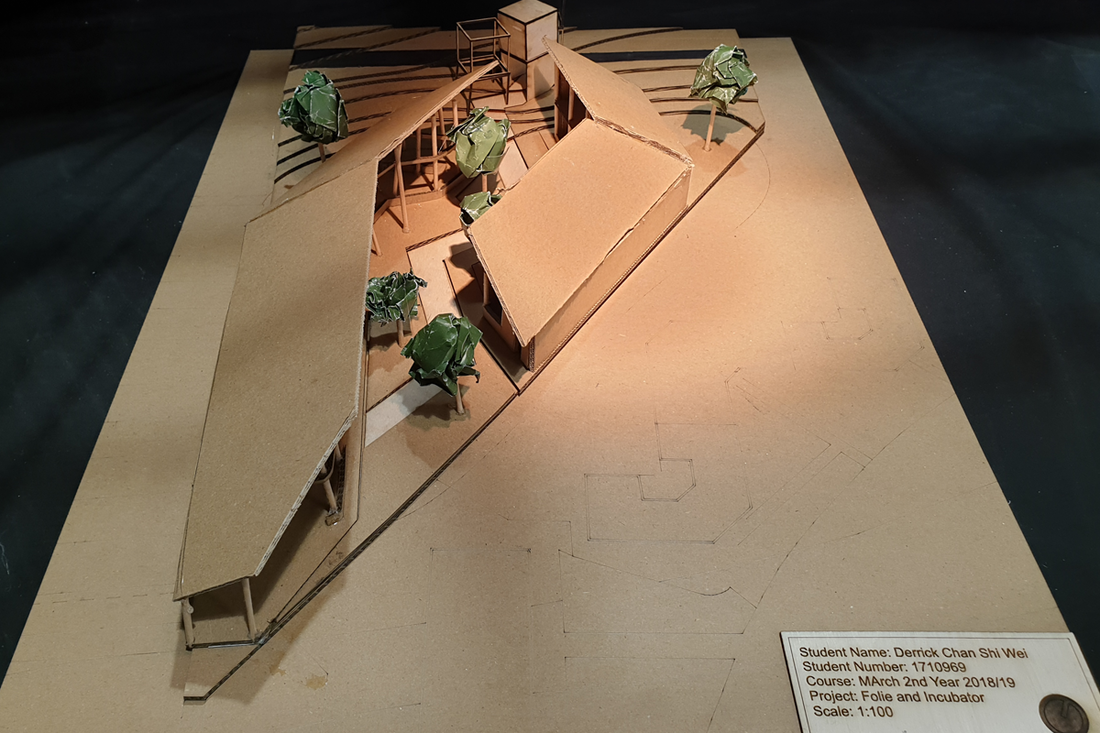 Using the cubes to create a path leading into the communal spaces, my design continues the idea of a path with zig-zag motions. these motions are then carried over to the to two buildings as well. this create not a only unique from each part of the path and building, but also cuts off certain views and certain locations. this create a sense of wonder as it would be impossible to have a create picture of the entire compound while only viewing it from one specific location.
- Derrick Chan Shi Wei 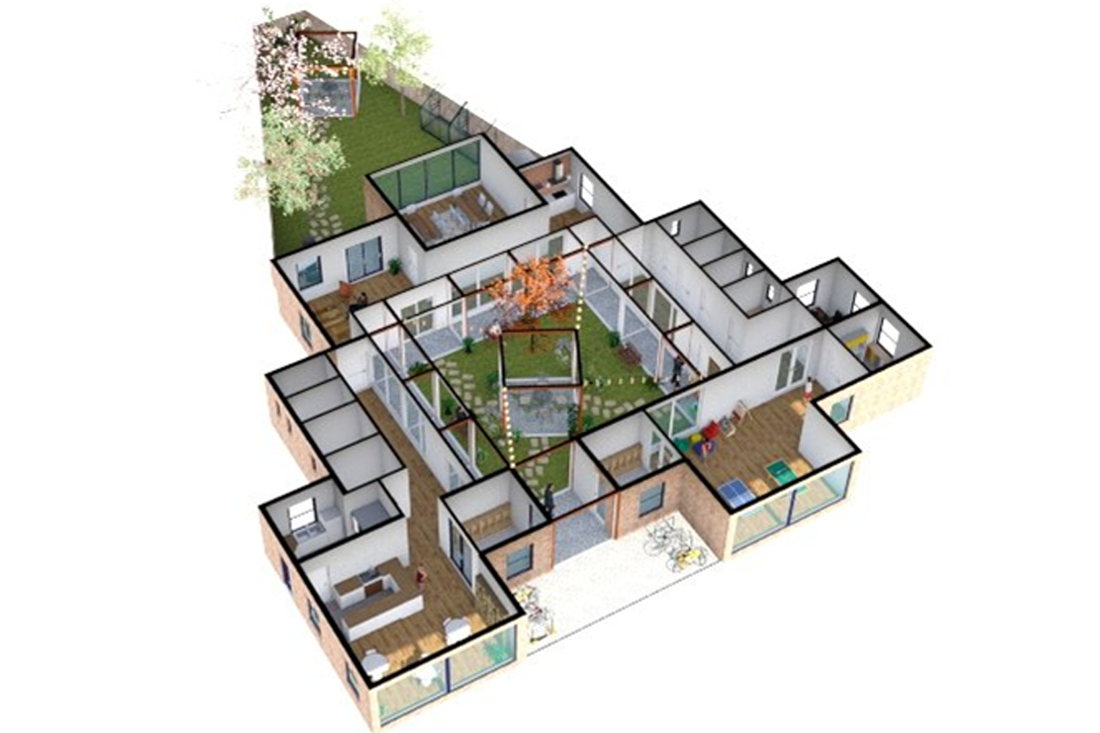 The aim of my project was to integrate the three surrounding neighbourhoods of the Garthdee site. There were obvious boundaries between the surrounding areas and as a result, a ‘no man’s land’ was created. In order to fulfil my aim, a strategy was implemented which would encourage people of all ages to feel welcome and make use of the incubator. The strategy was to create two functioning Scout halls for different age groups and a cafe, open to the general public. A sense of community was a focus of this design and was the main driving force behind the design.
- Caitlin Watson 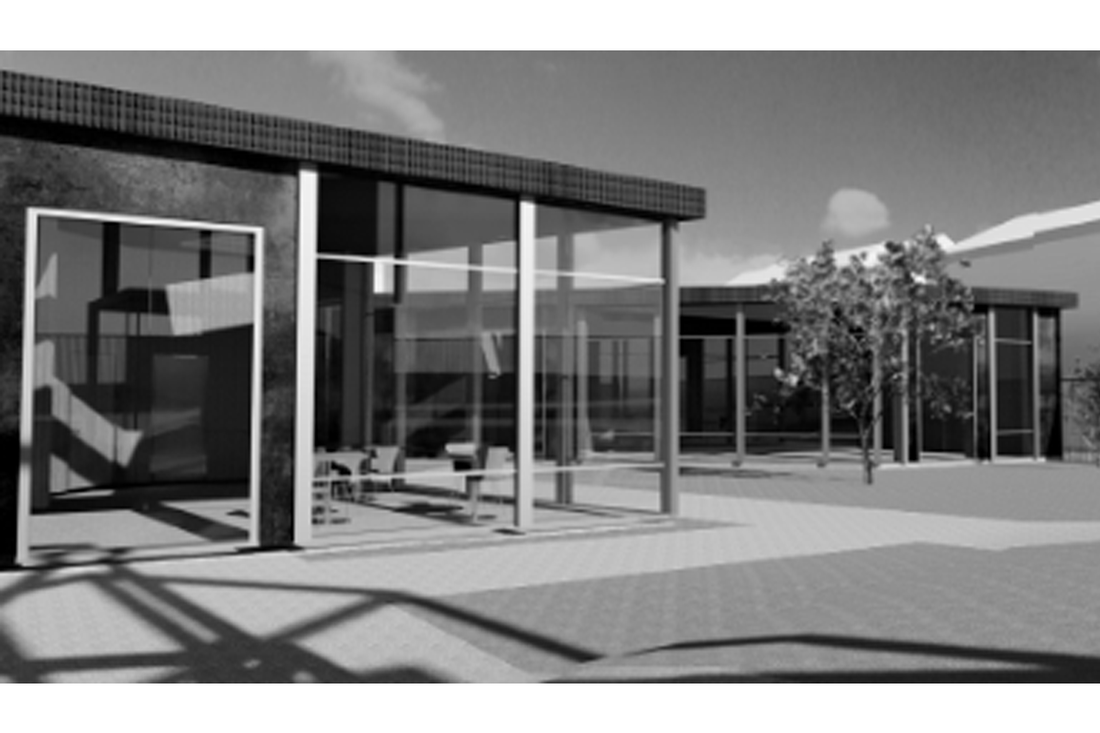 An attempt to reconnect disconnected communities sees six cubic volumes interacting with each other, leading users off the Deeside Way in a southern direction towards a series of incubators linked by paths to encourage a zig-zag circulation, highlighted by skylights, through the site. Designed to simulate the once connected communities split by train tracks the incubators take form of a broken triangle, taking users on a journey from north to south, first encountering the bakery then an activity centre. A reading room sits far south of the site and is connected to the activity centre via a small garden.
- Rebecca Hawley 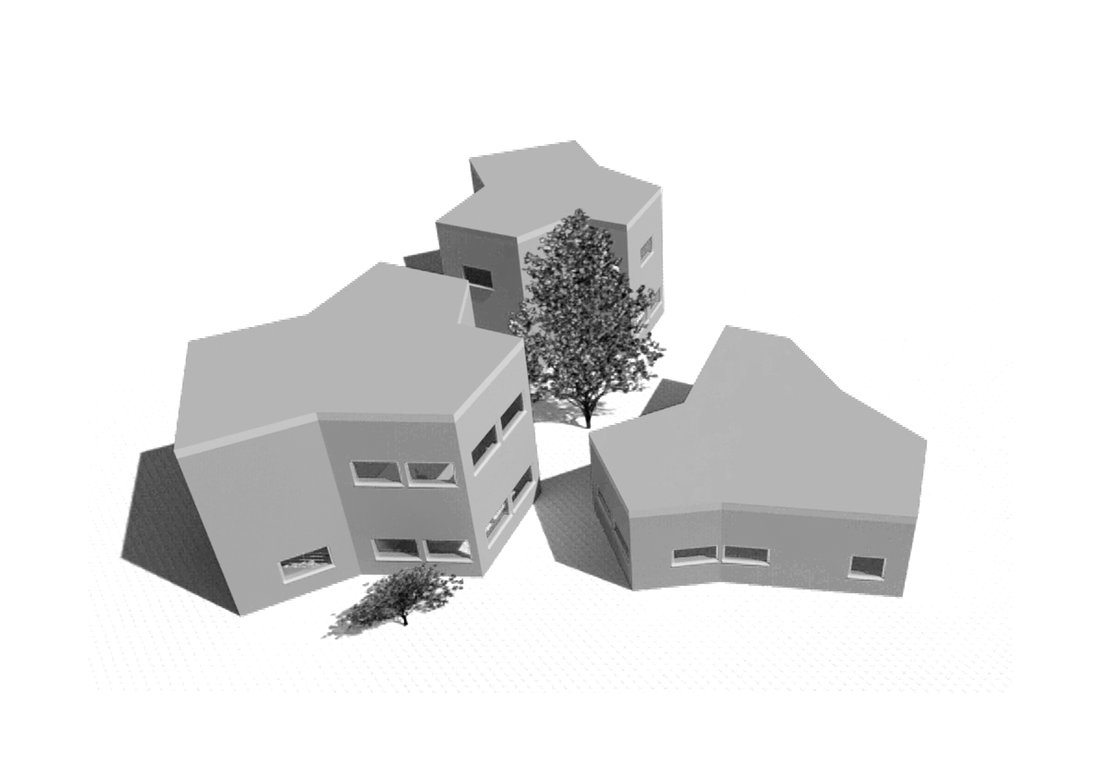 For my incubator design, I wanted to design a unique, contrasting structure as the
surrounding buildings in the area are mainly rectangular. In order to do this, I drew a line around the folie to come up with the form which I then broke up into 3 components. Using those components, I managed to come up with different forms and chose the one that was most interesting and also provided a lot of internal space. Each incubator has a different use and the one at the bottom of the site is the bakery which is the focal point of the design.
- ELIF GOK 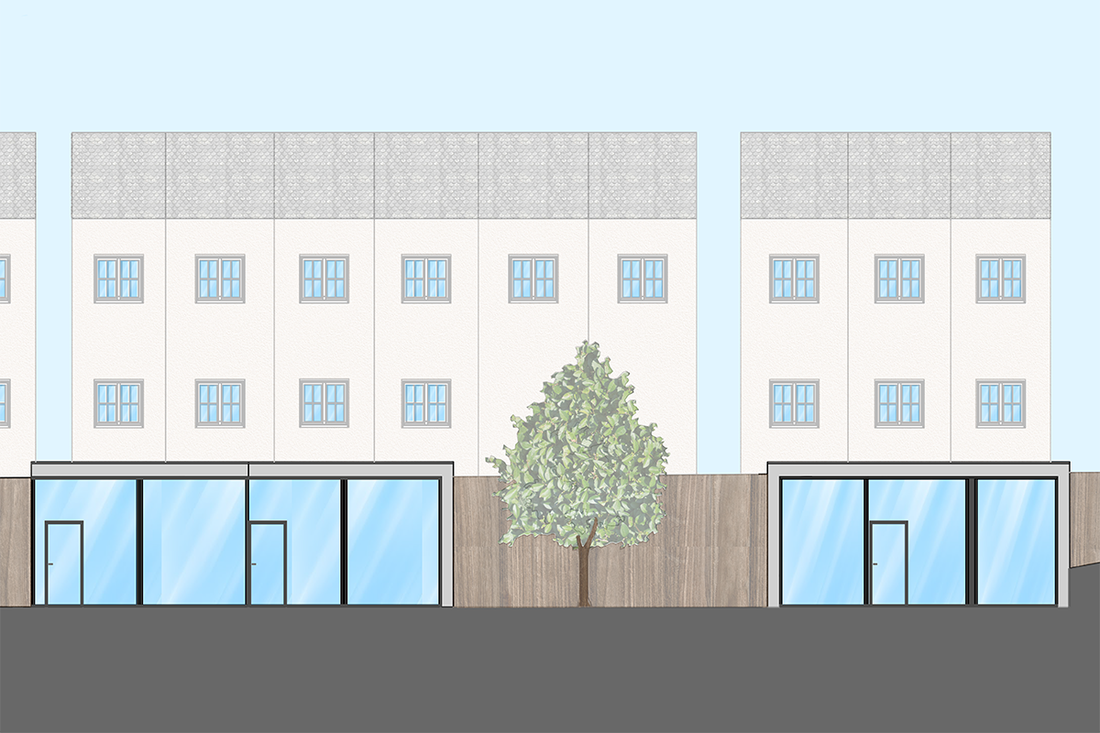 For my incubator design, I wanted to generate movement through multiple connections between the East and West as well as between the North and South. This was to juxtapose the visible borders of the site that are the boundaries of the three surrounding neighbourhoods (one to the North, one to the East and one to the West). In order to create an interesting communal space, I decided to contrast its surroundings - the buildings are all rectangular and at least three stories - by having the structures only being one storey and angular in their designs.
- Aimee Florence Jackson 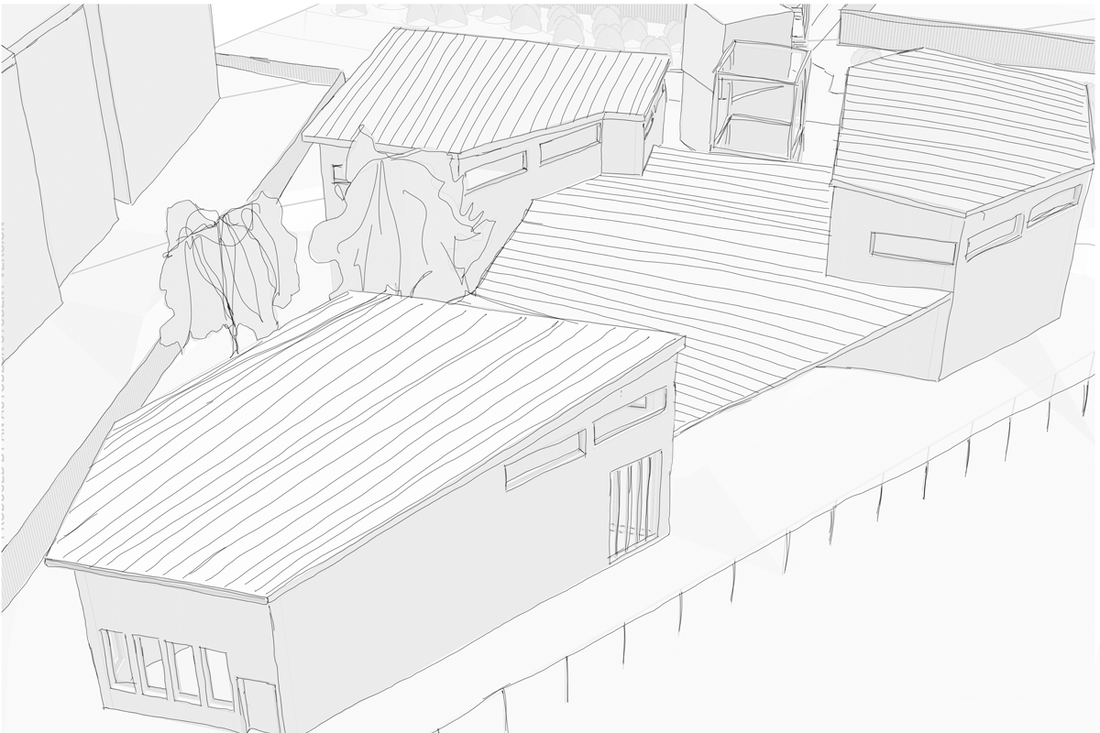 With the goal of the project to unite the two separated communities across the Deeside line. The flat nature of the site led the design to incorporate three separated zones for each of the chosen demographic. The zones were to be connected by a large open glass atrium that was developed from a grid bouncing of the conditional boundaries of the site. The Deeside Line. The wire fence to the east and the Western wooden fence. This led the atrium to act such like a platform for the 3 zones to interact with each other and unite the site with the community and make use of the discarded space off the well-known way.
- Andrew J. MacRae