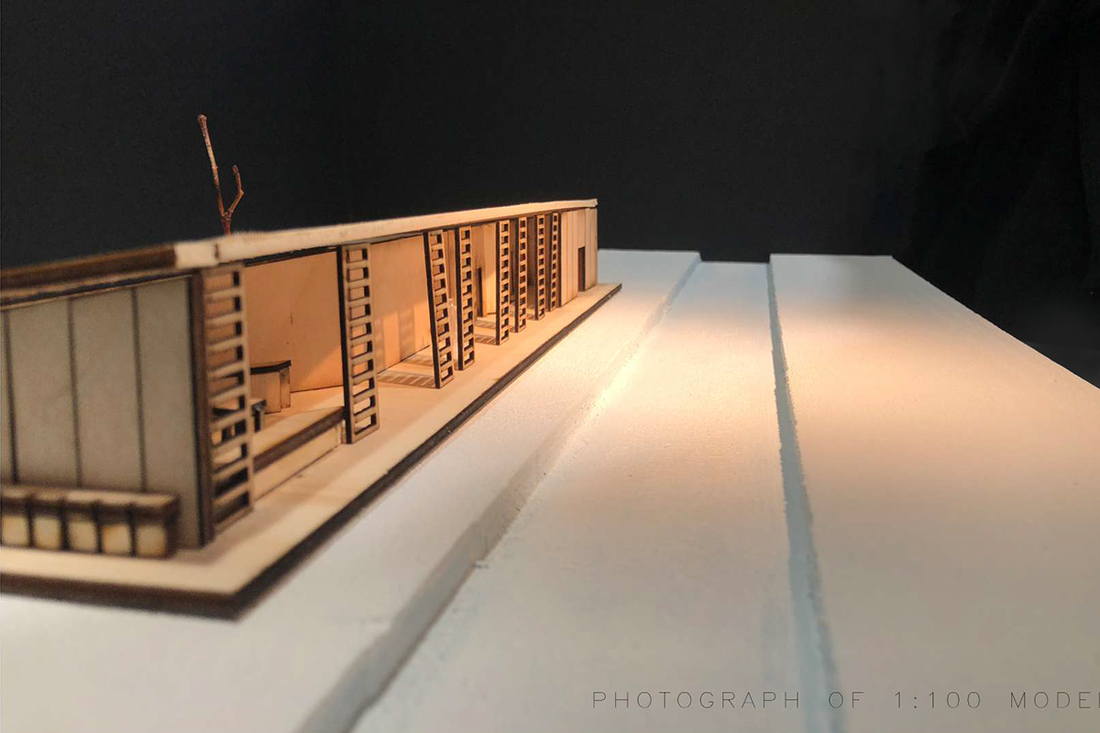 Glimpse - To discover and to reveal, for both there must be an incentive to do so, an intentional action or suggestion. There’s a simple naivety to both terms, suggesting curiosity and desire, which are principles that should be kept dear, yet with the mundanity of routine, remain stagnant. This building wishes to do just that, to ignite the incentive to discover and reveal, using the rhythm of the playful façade, through which glimpses of life within the walls, as well as what lays behind them, can be seen. The various levels of the building incorporate spaces in which the emphasis is on the often-overlooked view. This allows for
a quiet, tranquil series of spaces, in which discovery and revelations become personal and endearing.
- Mirjam 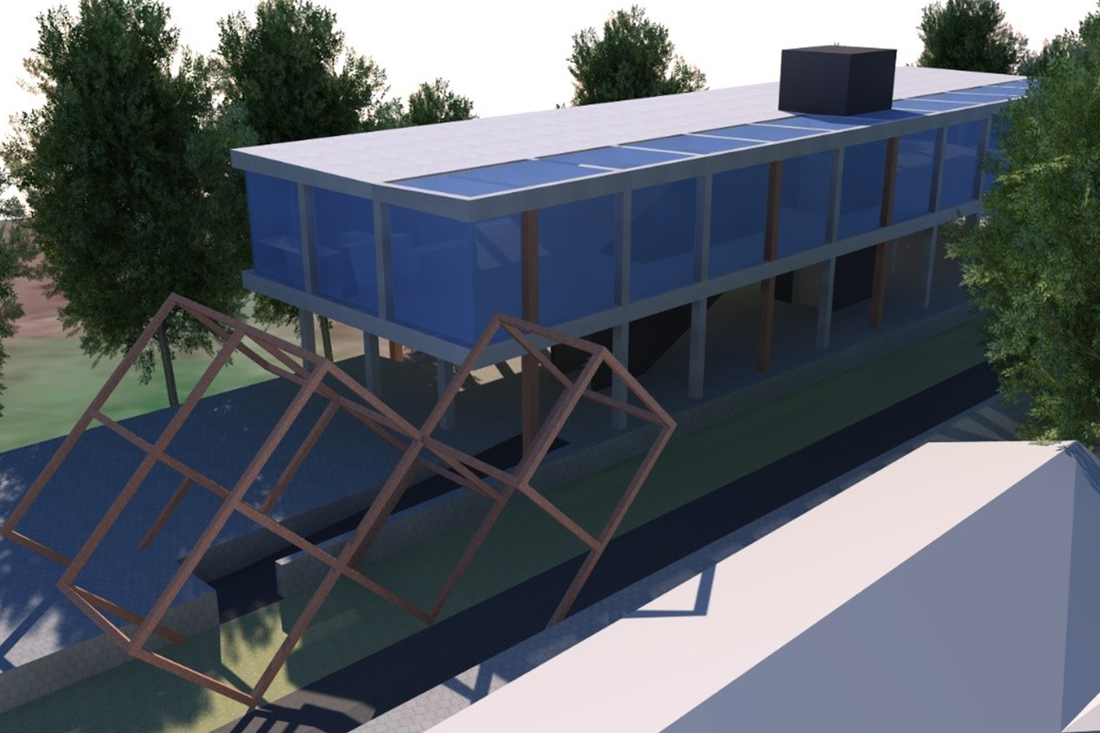 This incubator is located in Pitfodels Station. The principle of the building is lifted. Because in this design do not have any physical connection with the Folie, so the distance of the are 3m same as the Folie. Also, the case study of the Folie is Sol LeWitt's "Incomplete Open Cubes" so some parts of the columns are missing in the Folie and these columns will be placed somewhere in the incubator. People will use the ramp to go to the platform and enter form the staircase or from the lift to the first floor. In the first floor, it will be an open plan the area close to the Folie is the bakery and the elderly area and the young people area are on the opposite side and two area will be separate by the curtains.
- Homan 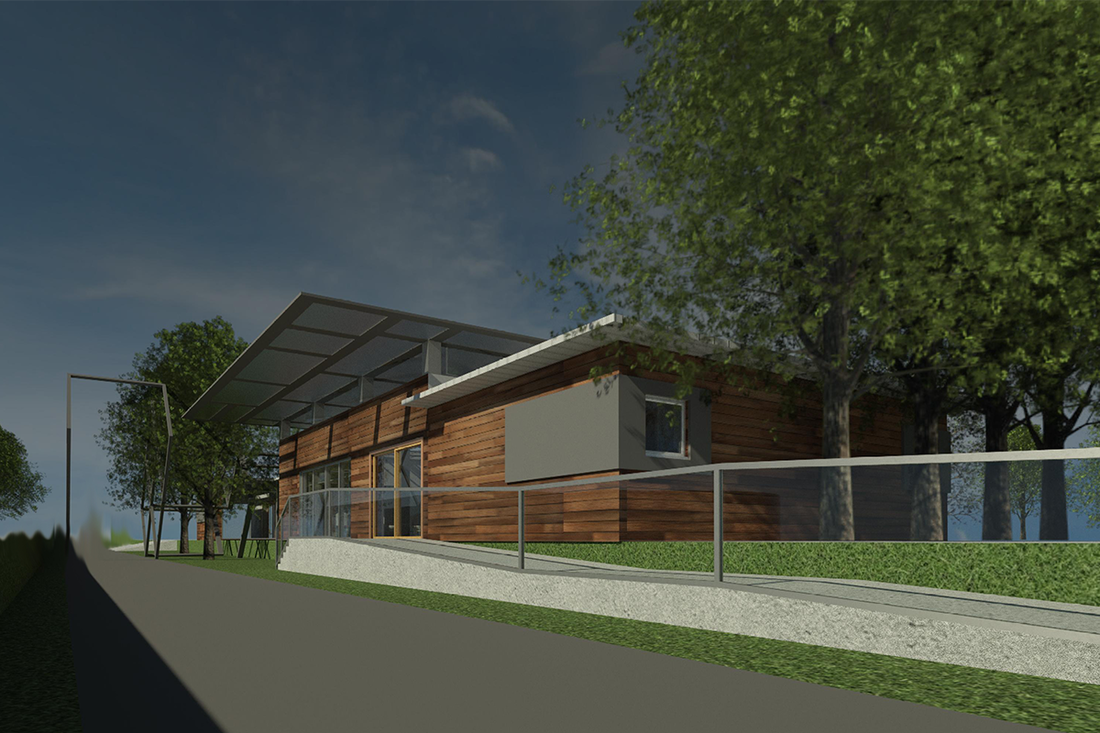 Designing a multi-functional building is a tasking endeavour. My design was inspired by train tracks. Putting them side by side forms a grid and it was this grid that was used to design my building. The grids were used as a reference for the positioning of the walls and columns. Also, the grid lines are an extension of the Folie, or in other words, were drawn from the Folie, hence, linking the building to it.
I wanted to have each space secluded and private to itself. This was achieved through the introduction of walls as replacement to the metal frame. This in turn will provide a quiet atmosphere and give the building a sturdy look.
- Daniel 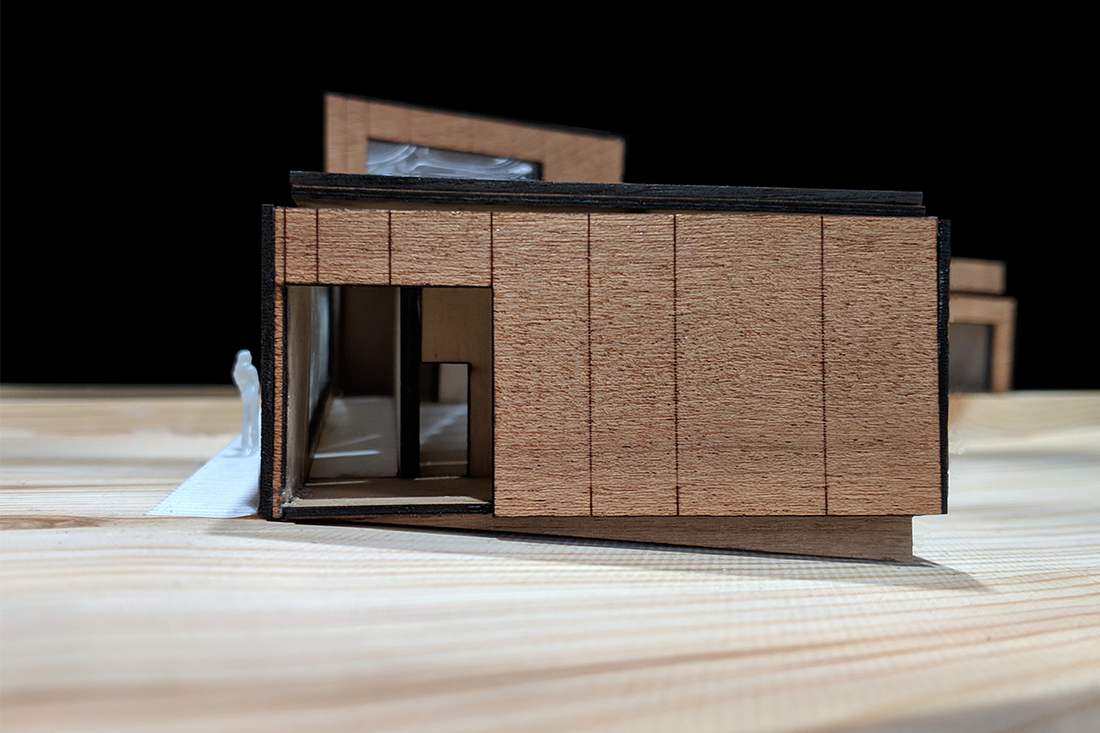 The design is based on an existing path on site, called a desire path which are created by people going from A to B the fasted way possible. The form of the community incubator is the same shape and helps make the current path more accessible. There are two activity spaces inside which can be used by members of the community and a bakery on the first floor for users of the path to stop off in. This is a photo of the model looking at the entrance on the south side.
- Jonathan Gray